Bohr’s theory on the model of the hydrogen atom (1913) has made an important contribution to the knowledge of the behavior of atoms; however, its theory is not able to give a complete description of the behavior of electrons and has been evident since from its formulation that additional factor must exist.

In 1926, Erwin Schrödinger elaborated an equation that describes the behavior and energy of sub-atomic particles in general, an equation analogous to Newton’s laws of motion in classical physics.

The wave function has no direct physical meaning. However, its square is proportional to the probability of finding the particle in a particular region in space.

In practice, the most likely place to find a particle is where the wave function’s value is highest.

A consequence of this principle is that in an electron orbiting in an atom, we cannot speak of a trajectory but a region of space. The probability of finding the electron is different from zero.

Quantum Mechanical Description of the Atom

This ‘quantum mechanical’ approach to the atom requires that the notion of an orbit for an electron be somehow overcome, speaking instead of an orbital, which can be thought of as the wave function of an electron in an atom.

When an electron is said to be in a specific orbital, the distribution of electron density is described by the wave function associated with that orbital. To be precise, the probability of locating the electron in space is given by the value of the square of the wave function at a given point.

In the quantum mechanical description of the atom, electrons’ motion can only be represented using the concept of probability. The orbitals traveled by electrons are not identifiable as trajectories but as ‘electronic clouds’ whose density is proportional to the probability of finding the electron in that region.

• Each orbital is uniquely determined by three quantum numbers n, l, and m.

• Each orbital can hold a maximum of 2 electrons, which differ by a fourth quantum number s (spin).

• The state of an electron in an atom is defined by its four quantum numbers n, l, m, ms.

Each atomic orbital has a unique set of these quantum numbers.

Principal quantum number determines the size of the orbital. The larger n is the greater the distance from the nucleus. n = 1,2,3 …7, it corresponds to the quantum number of the Bohr model; in that theory, n automatically determined the orbit’s energy content, but this rule is no longer valid for a ‘multielectronic’ atom.

Describes the shape of atomic orbitals. The values ​​of l are integers and depend on the value of the principal quantum number n.

One of the letters s, p, d, and f is associated with each value of l.

Describes the orientation of orbitals in space. Within a sublevel, the value of m depends on the value of l. For some value of l, there are 2l+1 integer values ​​of m.

The number of values ​​of m indicates the number of orbitals in a sublevel with a particular value of l; each value of m refers to a different orbital.

So given [n], there are n2 orbitals and for a maximum of 2n2 electrons.

Schrödinger’s calculation of hydrogen orbitals’ energy constituted a milestone in the development of modern atomic theory; however, the spectral lines did not show precisely the frequency he predicted. In 1925 (before Schrödinger’s work but after Bohr’s first atomic model), two American physicists of Dutch origin, Samuel Goudsmit, and George Uhlenbeck proposed the explanation for the slight differences observed. They suggested that an electron behaves in some ways like a spinning sphere, something like a planet spinning around its axis. This property constitutes the so-called spin.

From these observations, we deduce:

• An s orbital contains a maximum of 2 electrons

• A p orbital contains a maximum of 6 electrons

• A d orbital contains a maximum of 10 electrons

• An f orbital contains a maximum of 14 electrons 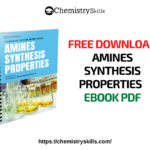