The process in which non-spontaneous redox reaction occurs at the electrodes by the passage of electric current is called electrolysis.

When electricity is passed through an electrolyte anion, begin to move towards Anode (i.e., positively charged electrode). In contrast, cations begin to move towards cathode or (i.e., os negatively = Positive ion charged electrode). Oxidation 0 = Negative ion takes place at the anode, which removes electrons from the anions, whereas reduction takes place at the cathode, which provides electrons to the cations.
Note:
For electrolysis, an electric current is passed through the aqueous or molten state of electrolyte taken in the electrolytic cell.

Reduction: Such a chemical reaction during which,
• Electron is added
• Or Hydrogen is added
• Oxygen is removed
• Oxidation number decreases

Such a chemical agent which oxidizes other substance but reduces itself is called an oxidizing agent.
Example: Potassium permanganate (KMnO4)

Such a chemical agent which reduces other substances but oxidizes itself is called
reducing agent.
Example: Nascent hydrogen [H]

The movement of electrons throughout the metallic lattice by the application of electricity is called metallic conduction.

The movement of ionic charges through the liquid, brought about by the application of electricity is called electrolytic conduction.

The cells in which interconversions of electrical & chemical energies takes place are called Electrochemical cells.

The electrochemical cells in which a non-spontaneous redox reaction consumes the electrical energy and proceeds is called electrolytic cell. Example of electrolytic cells is Down’s cell, Nelson’s cell etc.

The force with which the electrons are pushed to flow through the wire from the negative electrode to the positive electrode of a Galvanic cell is called Electromotive force, i.e., emf.

The potential difference set up between the metal and its ion’s surrounding is called single electrode potential.

A standard hydrogen electrode consists of a platinum foil coated with
Lead to potentiometer a layer of finely divided platinum wire. – It is encased with a glass sleeve with
Supply of hydrogen gas passing through it at 1 atm pressure.
It is then immersed in a 1 M HCl solution. The reduction potential of SHE is arbitrarily decided as zero.
Escaping bubbles of SHE acts as the anode.

The list of elements arranged in the order of their standard electrode potentials on the hydrogen scale is called electrochemical series.

The lead accumulator is also known as a lead storage battery. It is used as a car battery. It delivers either 6 or 12 V, depending on the number of cells used in its construction.

This is a type of dry cell. It uses zinc and manganese dioxide as reactants. In this cell, zinc acts as the anode, whereas manganese dioxide acts as a cathode. The electrolyte consists of potassium hydroxide. The zinc anode used is slightly porous, which provides a larger effective area.

This is a tiny battery, which is used in electronic wristwatches, auto exposure cameras and electronic calculators.

A cell in which gaseous fuels are allowed to react in a carefully designed environment.
This cell consists of three compartments separated from each other by porous • electrodes made of carbon-containing platinum. 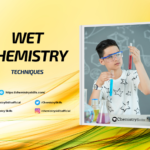 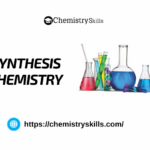