The liquefaction of a gas requires high pressure and low temperature. The pressure brings the molecule of a gas close to each other. Low temperature causes to increases attractive forces.

For every gas there is a temperature above which the gas cannot be liquefied, no matter how much pressure is applied.

The highest temperature, at which a substance can exist as a liquid, is called its critical temperature (Tc).

The corresponding pressure which is required to bring about liquefaction at the critical temperature is called critical pressure (PC).

Methods of Liquefaction of Gases

The production of cooling by the sudden expansion of compressed a gas is called Joule-Thomson effect.

When a compressed gas is allowed to undergo sudden expansion through the nozzle of a jet, then the molecules move apart. Since the energy required to overcome the intermolecular forces is obtained from the system itself, therefore cooling takes place.

Lind’s method of liquefaction of gases:

Lind employed Joule-Thomson effect for the liquefaction of gases. The apparatus used for this purpose is shown in the Fig below: 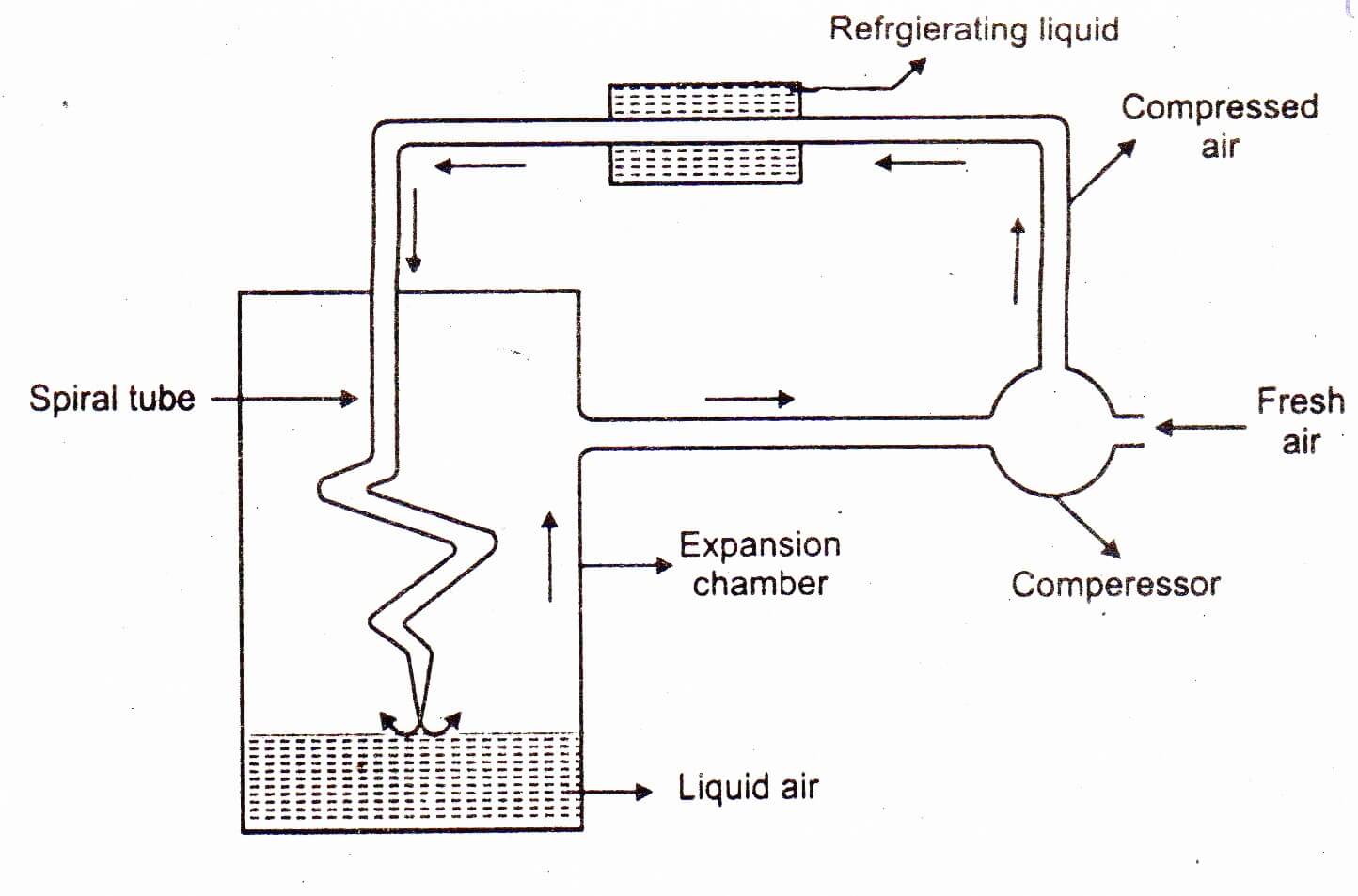 Lind’s method for the liquefaction of air. Air compressed to about 200 atm is passed through a water cooled pipe where heat of compression is removed. It is then allowed to pass through a spiral pipe having a jet at the end. Here expansion takes place from 200 atm to 1 atm, which causes cooling. This cooled air goes up and cools the incoming compressed air and then returns to the compression pump. This process is repeated again and again till the air is liquefied. The liquid air is collected at the bottom of the expansion chamber. All gases except H2 and He can be liquefied by this procedure.

Chemistry Skills one stop solution for all chemistry lovers & students.