In 1900, Max Planck proposed the quantum theory to explain the emission and absorption of radiations. Heated objects give off these radiations. According to his revolutionary hypothesis, energy travels in a discontinuous manner and is composed of a large number of tiny discrete units called quanta.

The main points of the theory are:

1. Energy is not emitted or absorbed continuously. Each wave packet or quantum is associated with a definite amount of energy. In the case of light, the quantum of energy is often called the photon.

2. The amount of energy associated with a quantum of radiation is proportional to the frequency of the radiation.

3. A body can emit or absorb energy only in terms of integral multiples of a quantum.

The frequency ‘∨’ is related to the wavelength ‘λ’ of the photon as. 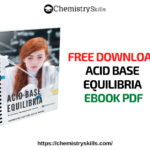