The molecular formula is C6H6. Benzene is carcinogenic and has mostly been replaced as a solvent by the less dangerous methyl-substituted benzenes toluene and xylene.

For example, ethyl benzene, cumene, and other alkyl benzenes, cyclohexane, and nitrobenzene.

Justus von Liebig first used the name benzene in 1843. Liebig changed the naming of Eilhard Mitscherlich from 1833, who had referred to benzene as gasoline.

However, in the Anglo-Saxon and French language areas, the adapted designation (French: benzene, English: benzene) was still used by Mitscherlich.

In the second half of the 17th century, Johann Rudolph Glauber, who also found Glauber’s salt during the distillation of coal tar, discovered benzene. However, the composition was unknown to him, so he called it a “subtle and lovely oleum”.

In 1825, the English physicist Michael Faraday discovered benzene in coal gas by isolating this oil from liquid residues separated from the gas phase when whale oils were burned in London’s street lamps. He, therefore, suggested the name “Pheno” (Greek phainein = to shine).

A year later, this oil was recognized as a hydrocarbon.

He also converted benzene into nitrobenzene, azobenzene, and benzenesulfonic acid. He called the substance “gasoline” because of its relationship to benzoic acid.

In 1845 the English chemist Charles Mansfield isolated benzene from coal tar while working under the direction of August Wilhelm von Hofmann.

A long scholarly dispute simmered over the correct structural formula of benzene. Initial proposals such as the prism structure, benzvalene, dicyclopropenyl, and Dewar benzene (by James Dewar), turned out to be wrong.

It was not until 1861 that the Austrian school teacher/chemist Johann Josef Schmidt formulated some possible structural formulas for benzene.

A German chemist and professor of chemistry August Kekulé in 1865 – suggested for his Kekulé structural formula.

Legend has it that this idea came to Kekulé in a dream. He dreamed of a snake that bit its own tail. Kekulé describes this in his speech on the 25th anniversary of the benzene ring in 1890.

The six monkeys, who alternately grabbed each other’s feet with either both or one hand and thus formed the ring structure, are based on an 1886 beer evening hosted by the German Chemical Society made joke.

However, it takes into account the experimental finding that all carbon atoms in benzene are equivalent. However, this formula could not yet explain all the benzene peculiarities, such as its unusually low reactivity.

What was particularly puzzling was the lack of an additional reaction with bromine water, as would be expected according to the Kekulé structural formula.

The proof of the hydrogen equivalence in the benzene molecule could be provided from 1869 to 1874.

In 1872 Kekulé formulated his oscillation hypothesis of a permanent change of place of single and double bonds.

In the 20th century, the phenomenon of delocalized electron clouds, which give the benzene molecule particular stability, could be demonstrated using X-ray structure analysis.

In 1925, Armit and Robinson introduced the simplified notation with the central circle in the formula, which is intended to express that all bonds are equivalent and that there are no localizable double bonds.

The industrial production of benzene based on hard coal began in 1849. It was treated carelessly until campaigns finally cleared up the dangers of benzene over 100 years later when benzene’s toxicity became known.

Each carbon atom has four valence electrons, two of which connect the atom to the neighboring carbon atoms. An electron binds the associated hydrogen atom. The remaining six π – electron yield three π- formal bonds, such as those expressed in the structural formula with three double bonds. The six π electrons form a delocalized charge cloud (delocalized 6 π electron system) above and below the carbon ring level. Kekulé expressed this fact of mesomerism by two structural formulas, symbolizing only the two extreme points of the charge cloud.

The carbon ring is more stable because of the mesomerism than the hypothetical cyclohexatriene with localized double bonds at fixed positions.

The carbon ring is now represented as a hexagon and the electron cloud as an inscribed circle in the simplified notation. Benzene is a planar molecule in which the carbon atoms are all SP2 hybridized. The delocalization of the electrons establishes the equivalence of all CH groups in the molecule. However, the influence of the π-electron system on the structure is not undisputed. It is the simplest uncharged aromatic molecule. Benzene is the basic building block for many aromatics. 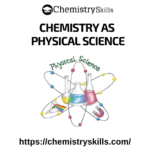 Why Is Chemistry Important To Physical Science? 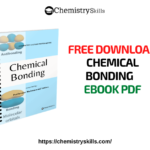