Hybridization’s process got its consideration when some problems were faced in the case of the bonding of some atoms. For example, the electronic configuration of carbon is;

C has only 2 unpaired electrons in its valence shell, so it should always form only two bonds according to valence bond theory.

However, in all organic compounds, C has formed four covalent bonds. It is because of the transference of one of the 2S electron to the empty 2P. Thus, due to a greater number of unpaired electrons (4 unpaired electrons), C gets more energetic and acquire the excited state (high-energy state).

Now C can form 4 covalent bonds. However, as in all the 4 bonds, one S orbital is involved whose shape is different from P orbitals. In addition, its energy is lower (being closer to the nucleus) than P orbitals, thus all 4 bonds C will not be the same (same length and energy).

Therefore, to avoid this problem and to form all bonds of the same energy and length, carbon undergoes the process of Hybridization after exciting and bond formation.

Although there are several types of Orbital Hybridization, the following three are the most simple and main types.

In the methane (CH4), carbon undergoes SP3 Hybridization; therefore, CH4 has a tetrahedral geometry with a bond angle of 109.5o.

However, the third orbital, i.e., (2Pz), remains unhybrid. Hence, its shape and energy remain unchanged, and it lies perpendicular to the plane of hybrid orbitals with one lobe above and one lobe below the hybrid orbitals.

The Hybridization in which one S and one P orbital of different shapes and energy mix and form two SP hybrid orbitals of the same shape and energy is known as SP Hybridization.

In the acetylene molecule, each carbon undergoes SP hybridization. Thus, the geometry of acetylene is linear, and its bond angle is 180o. As in SP hybridization, one S and only one P orbital are hybridized. Thus, the two P orbitals, i.e., 2Py & 2Pz orbitals of both the carbon atoms remain unhybrid.

The sigma bond formation between carbon atoms brings them close to each other that the 2Py of one carbon undergoes a sidewise overlap with the 2Py of the other carbon.

Out of these three bonds, one is a sigma covalent bond, while the remaining two are pi (π) covalent bonds. As the sigma bond is formed due to the linear overlap of the orbitals of carbon atoms, it is much stronger. While the pi bonds are of equal strength and formed by the sidewise overlap of the orbitals of carbon atoms; therefore, they are much weaker than the sigma bond. 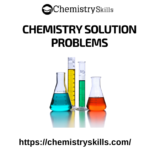 How to Solve Chemistry Solutions Problems? 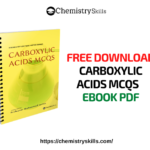