Energy in Chemistry: Energy is a physical quantity that gives a system the ability to do work. It is present in systems in different forms and can be transformed even if the overall energy value remains constant according to what the conservation principle says. The energy in chemistry is Chemical Energy.

By definition, chemical energy is the ability of some substances to combine with others to develop energy in the form of light, heat, and electricity. It is given by the sum of the electrons’ kinetic energy and the potential energy due to the electrical interactions between the charges present in the matter.

Chemical energy can be released during a chemical reaction, often in the form of heat – these reactions are called exothermic. In all exothermic reactions, the chemical energy of the system decreases, and the thermal energy increases.

An example of chemical energy

An example of such a reaction could be combustion, which is the reaction between a substance and the air’s oxygen. During combustion, energy in the form of heat and light is emitted.

However, another type of reaction is the endothermic one: in this case, there is a need for energy input, such as that given by heat, which triggers the reaction. An example of this reaction is chlorophyll photosynthesis: the energy of the sun, in fact, is necessary to break the chemical bonds between water and carbon dioxide, forming carbon dioxide and glucose.

Our body also has chemical energy obtained from food and oxygen in the air: this type of energy is of fundamental importance for living beings. In fact, humans use the chemical energy contained in food to feed their cellular metabolism and the various vital functions of the body through digestion.

During digestion, the molecules in our food are broken down into smaller pieces. A chemical reaction is involved in this decomposition process: therefore, energy is produced that heats the body, repairs it, and makes it able to move.

In nature, there are several substances defined as forms of stored chemical energy: biomass, coal, or oil. In this case, after the release of energy, the substance’s transformation into a completely new one occurs. An example of this process is the wood that turns into ash at the end of the combustion.

Therefore, the substances in question allow us to fully understand how much this type of energy and chemical reactions surround us in everyday life.

In this case, renewable material is biomass, a term used to indicate all organic, vegetable, or animal origin materials, which have NOT undergone fossilization processes and used for energy purposes such as wood, pellets, or agri-food waste.

Through the most modern energy recovery technologies, it is possible to recover heat and electricity.

Currently, biomass energy is highly cost-effective, given that, thanks to photosynthesis, the countryside and woods continue to produce energy in the form of leaves, trees, shrubs, or crop scraps unused by the agricultural sector.

Biomass can be used in regular boilers and thermal power stations or co-generative systems that simultaneously produce heat and electricity.

A reaction occurs inside a cell that causes the oxidation of a substance with loss of electrons and the consequent acquisition of electrons by another substance. This flow generates a continuous electric current: the battery discharges when the chemical reaction reaches equilibrium. 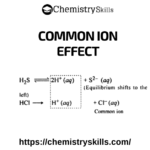 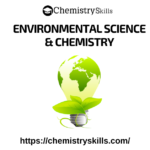