Definition and Explanation of Boiling Point

The temperature at which vapour 34.6°C / 78.3°C/100’C/1 pressure of a liquid becomes equal to the atmospheric pressure or any other external pressure on the liquid is called boiling point of that liquid.

When a liquid is heated, its vapour 200 pressure increases with the increase in temperature as shown in figure. A stage is reached when its vapour pressure becomes equal to the pressure exerted on the liquid.

It may be the atmospheric pressure if heating is being done in an open container or it may be any other external pressure placed on the lid of the closed container. It is found that at this stage many bubbles inside the liquid appear. It is said that process of boiling is taking place. It is clear from the graph that 100°C is the temperature at which pressure of water becomes equal to atmospheric pressure (760 mm of Hg) hence it is the boiling point of water. 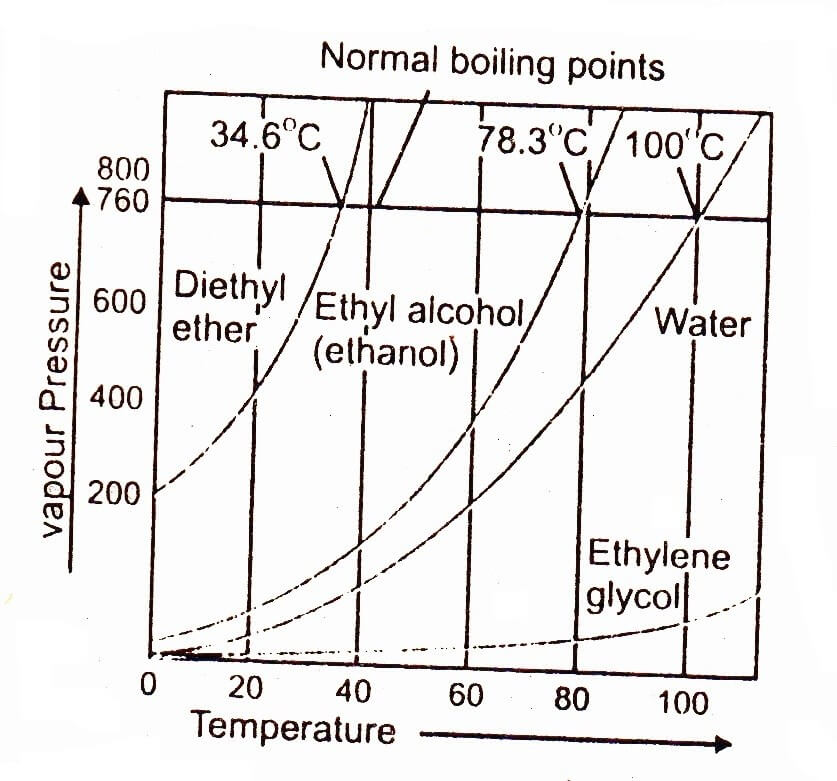 The above graph shows the variation of vapour pressure of water, ethyl alcohol, ethylene glycol and diethyl ether with temperature. It shows that liquids reach up to their boiling points when their vapour pressures are equal to 760 torr at sea level. A takes start at 4.8 torr while diethyl ether at around 200 torr. This is due to difference in the strength of their intermolecular forces. The curve for water goes along with temperature axis to a greater extent as compared to the ether showing that water can hardly overcome its intermolecular forces at low temperature. It is clear from the curves that the vapour pressure increases very rapidly when the liquids are closer to their boiling points.

The difference in the strength of intermolecular forces in different liquids is directly related to their vapour pressure. 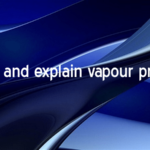 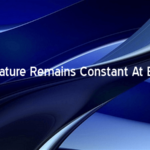