“The crystals consisting of molecules, which are held together through Vander Waals’ forces, are called molecular crystals.”

Since Van der Waals’ attractive forces are weaker, therefore, molecular crystals are soft and have low melting points and low lattice energies. These crystals are poor conductors of electricity. This is because electrons are bound to individual molecules and are not able to move freely through solids.

Properties of the Molecular Solids

The regular arrangements of atoms in constituent molecules is shown by X-rays analysis and we get the exact position of all the atoms.

The forces, which hold the molecules together in molecular crystals, are very weak so they are soft and easily compressible.

Similarly, I2 molecules align in the form of layer lattice. I-I bond distance is 271.5 pm which is longer than gaseous iodine (266.6 pm). As expected from its structure, iodine is a poor conductor of electricity. 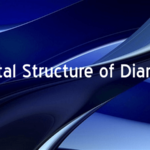 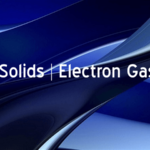