What are branches of chemistry?

Following are the main Branches of Chemistry.

“The branch of chemistry which deals with the compounds which have carbon as basic constituent elements attached with each other through catenation, is called organic Chemistry.”

In other words, Organic chemistry is also called “carbon chemistry.” It is the sub-branch of chemistry science which is active in fields such as medicine, textile, agriculture and dye and examines mainly carbon compounds.

In other words, Inorganic chemistry is defined in the broadest sense as the chemistry of anything other than carbon compounds.

“The branch of chemistry which deals with the application of physics to chemical systems, Investigate the behavior of matter at the molecular and atomic level and the formation of chemical reactions, is called Physical Chemistry.”

Physical chemists focus on understanding the physical properties of atoms and molecules. It has tasks such as analyzing materials, developing methods for testing and characterizing their properties and introducing theories about these properties.

“The branch of chemistry which deals with analysis of substances to determine their chemical composition, structure and functions, called Physical Chemistry.”

“The branch of chemistry which deals with the study of structure and function of biological molecules such as proteins, nucleic acids, carbohydrates and lipids, is called Biochemistry.”

Biochemistry is also used to describe technologies that are compatible with the interactions and functions of biological molecules, including traditional techniques such as the Western blotting method, co-immuno precipitation, and chromatography.

“The branch of chemistry which deals with the physical and chemical properties and processes of pollutants, is called Environmental Chemistry.”

Environmental chemistry also deals with issues such as soil, air and water pollution, which are the subject of environmental pollution. Unconscious behaviors and consumption of people cause many harm to the environment.

Not only the environment, but also many living things, soil, water, air, vegetation, climatic conditions, causing great damage to forests. Environmental chemistry examines all these topics. 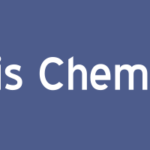 What is Chemistry? Chemistry is study of matter 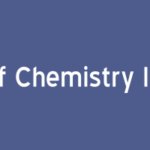