The German chemist Alfred Stock proposed the Stock System Chemistry of nomenclature in 1919 for use in the naming of binary compounds, being, with some modifications, universally adopted.

Specific names allow us to identify or differentiate molecules within the same group or genus of compounds.

However, depending on the type of compound, different generic names will be used.

Oxides arise from the combination of a metal or a non-metal with oxygen. These are named by placing the word oxide at the beginning, then more metal or non-metal, followed by the corresponding Roman numeral within a parenthesis. For example:

The first thing we observe is that we have a non-metallic oxide or acid oxide. So its name would be chlorine oxide, but following the Stock rules, it would be:

Hydracids arise from the combination of hydrogen with a non-metal other than oxygen. Hydracids are not named under this nomenclature system.

Oxides come from the combination of an acid oxide plus water. To name them, the word acid is prepended, followed by the prefix that indicates the number of oxygens plus the word “oxo” and finally the root of the non-metallic element ending in “ico.” In Roman numerals, we indicate its valence.

The oxidation state is calculated using the first-degree equation:

The oxidation state of sulfur in hydrogen sulfate

The oxidation state of sulfur in hydrogen sulfate

Hydrides come from the combination of a metal or non-metal with hydrogen. In this case, hydrogen works as an anion H –

Hydroxides originate from the combination of a basic oxide plus water. We identify them when we look at the compound to name the hydroxyl ion OH –

To name them, the word hydroxide is placed, followed by the name of the metal that accompanies it.

These originate from the combination of a hydracid plus a hydroxide. They are named by placing the root of the non-metal, followed by the suffix uro plus the metal’s name.

b) Ternary or oxysal salts:

They originate from the combination of an oxoacid with a hydroxide.

They are named by placing the name of the anion followed by the metal’s name that accompanies it and its valence in parentheses and Roman numerals. 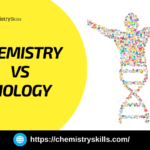 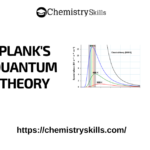