Diamond is crystalline (Allotropy) carbon. In the outermost shell of carbon, which is four, the atomic orbitals (1s and 3p) undergo sp3 hybridization to give four sp3 hybridized orbitals which are directed in space along the four corners of a tetrahedron.

This is the unit cell of diamond and a large number of such unit cells undergo sp3 – sp3 overlapping to form a huge structure. Every carbon atom in diamond is attached with 4 more carbon atoms. The bonds between carbon atoms are covalent which run through the crystal in three dimensions. All the bond angles are 109.50 and the bond lengths are 154 pm. The whole lattice is, therefore, continuous and because of the continuity of C-C covalent bonding the entire diamond crystal behaves as a huge or giant three-dimensional carbon molecule. This is also called a macro-molecule. The overall structure of diamond looks face centered cubic. 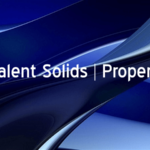 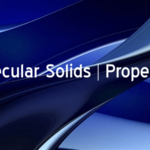