Synthesis Chemistry or Chemical synthesis is the process of creating or constructing complex molecules from simpler ones.

Depending on the nature of the product, the synthesis can be organic or inorganic.

It should be noted that in organic synthesis, the product of a chemical reaction could be a simpler substance than one of the starting compounds.

The development and improvement of synthetic methods have made it possible to obtain many important chemical products on an industrial scale.

The industrial production of organic substances used in various branches of the chemical industry, as well as products of fine organic synthesis, including peptide (hormones, vitamins), has been established.

The term “synthesis” was first used in chemistry around 121 AD., the famous Roman alchemist Galadien.

The German chemist Hermann Kolbe introduced the concept of synthesis in the modern sense of the word.

Organic synthesis is a section of organic chemistry and technology that studies various aspects (methods, techniques, identification, equipment, etc.) of obtaining organic compounds, materials and products, as well as the process of obtaining substances itself.

It began to take shape as an independent discipline after the famous synthesis of carbamide (urea) from a typical inorganic substance (ammonium cyanate), carried out by the German chemist Friedrich Wohler (Wöhler, Friedrich, 1800-1882) in 1828. This synthesis put an end to the dispute with vitalist scientists who believed that the life force of biological organisms could only produce organic matter.

The final choice of the synthesis method occurs after a comprehensive analysis of these stages and their optimization.

The modern location of chemical plants operating based on hydrocarbon raw materials is characterized by the combination of all the main stages of the production cycle in the immediate territorial proximity or even within the framework of one enterprise.
In fact, enterprises manufacturing organic synthesis products are often petrochemical (or even gas and petrochemical) plants, where the extraction of raw materials, oil or gas processing, the production of intermediate products, and the release of final products are combined.

The best conditions for the location of oil and gas chemical plants in regions where oil and gas are produced, provided with cheap electricity (preferably produced by hydraulic power plants), with large and reliable sources of water supply.
At the same time, the provision of transport and the presence of a consumer should also be taken into account.

The production of final products is oriented, as a rule, to the areas of consumption – for example; the tyre industry develops near the centers of the automotive industry, the production of chemical threads – near the textile regions, etc.

These are labor-intensive and knowledge-intensive industries. Therefore, they are located, as a rule, in regions provided with skilled labor.

Synthetic rubber and rubber products are made from synthetic alcohol-based on oil and gas processing products, timber industry waste, calcium carbide. Rubber is used to make tires and a variety of rubber products.
This is material, energy and water-intensive production. The leading factors of placement are raw materials and energy.

The raw materials for the production of synthetic resins and plastics – polyethylene, polypropylene, polystyrene, thermoplastics – are products of oil and gas processing, coal, associated gas, wood. It is also energy- and water-intensive production, characterized by significant material consumption.

The initial stages of production gravitate towards raw materials and sources of cheap electricity; the production of final products is oriented towards the consumer, as well as the availability of labor resources, scientific bases.

Chemical fibers and threads are subdivided into artificial ones, obtained as a result of chemical processing of natural polymers (cellulose), and synthetic ones, produced from synthetic polymers (the raw material is oil and gas processing products).
The production of chemical fibers and threads is distinguished by higher material, energy and water consumption even in comparison with other branches of the chemical complex.

The production of chemical fibers and threads is vital for countries with developed textile industry, but at the same time with a minimal natural resource base for the production of fabrics.

Due to the reduction in imports of chemical fibers and threads, significant changes took place in the structure of their consumption: the demand for viscose fibers and threads in the domestic market increased. However, the difficulty in meeting the market demand for this type of fiber is associated with the high price of the main raw material – soluble cellulose.

Inorganic chemistry is the study of the structure and physicochemical properties of substances containing no or a small amount of carbon.

Mainly, we study the redox state of metals and inorganic polymers that are formed by the bonding of major inorganic elements with oxygen.

At the end of the 18th century, modern chemistry mainly studied substances that were not related to living organisms. These substances were called inorganic substances, and in the early days, studies were mainly conducted to identify the simplest elements constituting complex substances.

The mainstream of chemistry in the era of alchemy, which was the basis of modern chemistry, was inorganic chemistry, and it was necessary to distinguish it from organic chemistry that rapidly developed in the 17th and 18th centuries. The synthesis of urea established it in the 19th century.

There are also inorganic compounds such as ammonium nitrate that are artificially synthesized.

Inorganic chemistry has been studied based on atomic properties such as atomic orbital and wave function, ionization enthalpy, ion radius, electron addition energy, and electronegativity on the chemical structure and reactivity of inorganic substances.
Known and a combination of electronic arrangements and rules that make up the atoms were found to be that they have a periodic nature; such inorganic compounds have started to be industrially utilized.

In particular, the catalytic properties of inorganic compounds are useful for mass production of target substances in processes such as polymer synthesis and petroleum refining.

In recent years, could proceed to have a more precise study of the reactivity and properties of the inorganic compound with computer simulations and development of high-performance analytical instruments, advanced materials, using the phenomenon from the structural properties of the atomic level have been developed are industrially used to.
In inorganic chemistry, mostly inorganic substances such as metals are dealt with.
Still, organometallic compounds that function by bonding with organic substances and non-metallic compounds such as borane, a compound of boron and hydrogen, are also included.

In modern inorganic chemistry, most studies centered on compositional theory starting with the periodic rate, but in 1883, Werner’s coordination theory became its origin, and studies on the structure of compounds began to be actively conducted.

Thereafter inorganic chemistry of organometallic compounds o the inorganic chemical structure was established following the study of the complex as a core.

In the second half of the 20th century, the development of electron microscopy and X-ray structure analysis technology made it possible to observe the structure of compounds, which led to the rapid development of structural theory.

Research in the chemical industry is mainly conducted in the direction of synthesizing new and useful materials. In particular, in developing advanced materials, a lot of effort is being devoted to research to increase the activity of catalysts.

The correlation between major stoichiometric reactions and catalytic reactions was investigated, and catalyst materials with superior performance were developed from studies on the structure and isomerism of three-dimensional catalysts.

These catalysts shorten the production time of the target material and are produced. The properties and quality have been able to control. 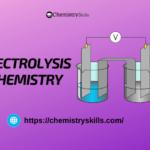 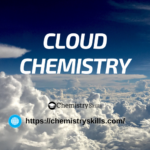