What is Mass Spectrometry?

A technique which is used to find out relative abundance of isotopes with respect to their atomic masses in the form of graph, is called Mass Spectrometry.

Is mass spectrometry quantitative or qualitative?

Mass spectrometry is used for quantitative as well as qualitative analysis.

What is a mass spectrometer used for?

An instrument, which is used to separate positively charged particles on the basis of their m/e values and to get the record on the photographic plate or electrometer, is called mass spectrometer.

How does a mass spectrometer work?

The mathematical relationship for (m/e) is

H= the strength of magnetic field

E = the strength of electrical field

r = the radius of circular path.

What is the basic principle of mass spectrometry?

In modern techniques, each ion falls on a detector, the current produced by ions is amplified and finally send to the digital recorder. On the basis of results from ion detector, we get a graph between Mass Number & Relative abundance of isotopes.

The separation of isotopes can be done by the methods based on their properties. 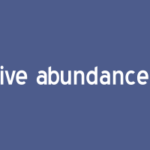 What is Relative abundance of isotopes? 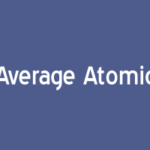 What are Average Atomic Masses?